What Is the ISO 14001 standard, How Does It Work and What Is the Purpose? 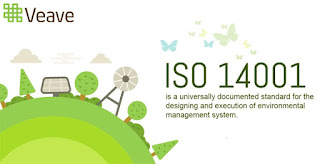 ISO 14001 is a universally documented standard for the designing and execution of  environmental management system . Issued and available by ISO (International Organization for Standardization), its main goal is to augment their eco-friendly performance so that the procedures and methods used by them are compliant with environmental regulations. This can involve reduction of waste materials and better use of resources. Being compliant with ISO 14001 can help a company to earn the trust of its stakeholders, improve the market value of the company and also gain substantial competitive advantage. The current version of the ISO 14001 is called ISO 14001:2015 since the updated version of this environmental management system was originally released in 2015. When released, this standard was accepted by most of the member countries. Now it is regarded as a globally recognized standard that has been accepted by most countries across the world. What is an environmental management system? An
4 comments
Read more